A question of focus

One of creative tools in photography is the ability to control the zone of sharp focus when making a picture. It’s difficult to achieve with a smart phone because of auto focus, auto exposure systems and the very short focal length of the lenses used. Progress and automation has made some of photographer’s traditional tools far less instinctive than they were just 20 years ago, and that’s why I use a camera that permits full ‘manual’ control.

The zone of sharp focus is termed Depth of Field in photography and this is determined by three variables -distance to the point of focus, the lens aperture, and focal length. Digital tricks have been introduced to imitate these controls, but real optics still rule as they have for hundreds of years since the invention of the camera obscura as a drawing aid. As a simple rule short lenses with small apertures can make an entire image appear to be in sharp focus, while a long lens with a wide aperture results in a very limited zone of sharp focus. Meanwhile a closeup will have a much reduced depth of field, but if you focus on a distant object the depth of sharp focus will be much greater for the same aperture setting.
Here are a couple of snaps, taken at a wideangle setting with a small aperture and a portrait focal length at maximum aperture.

These first two snaps were taken with a modern pentax 28 -105 zoom lens: 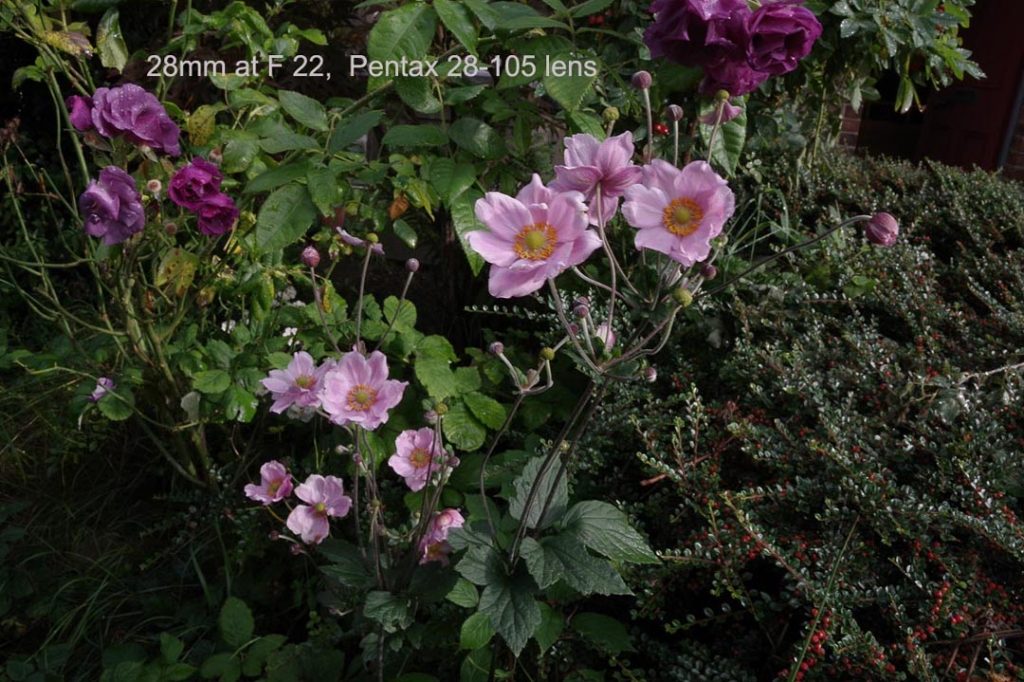 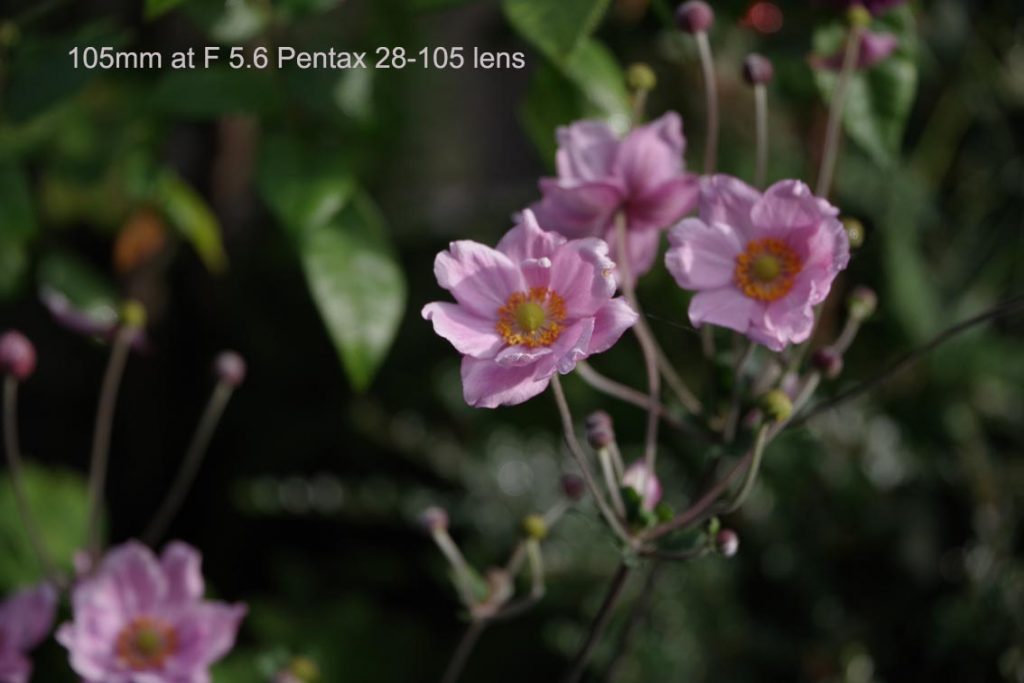 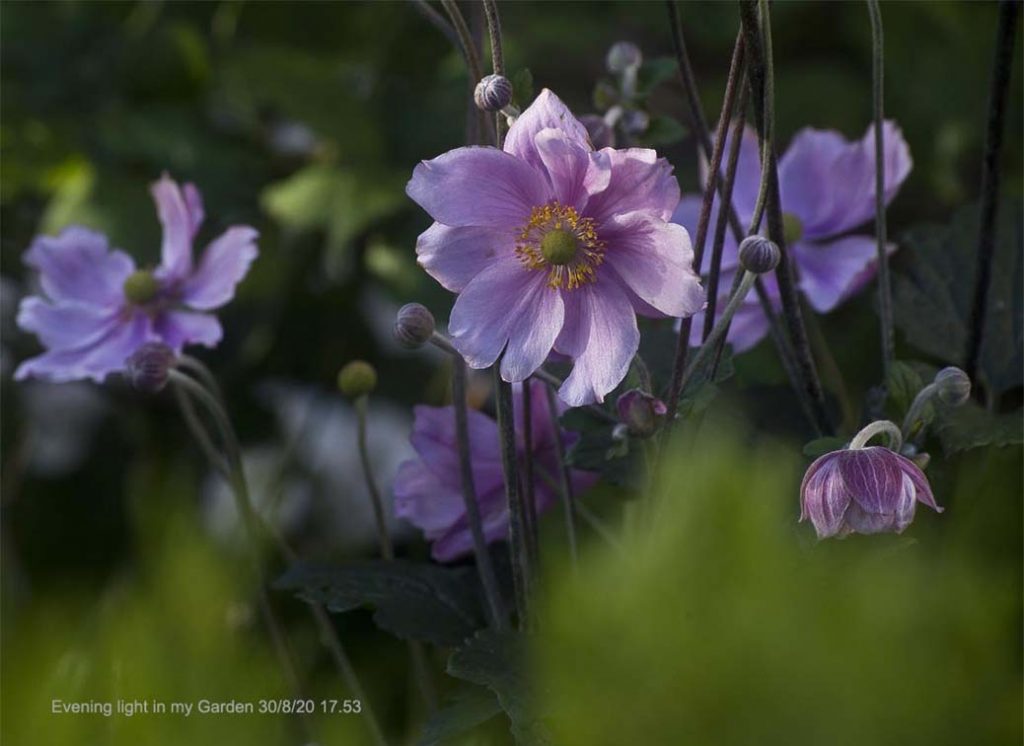 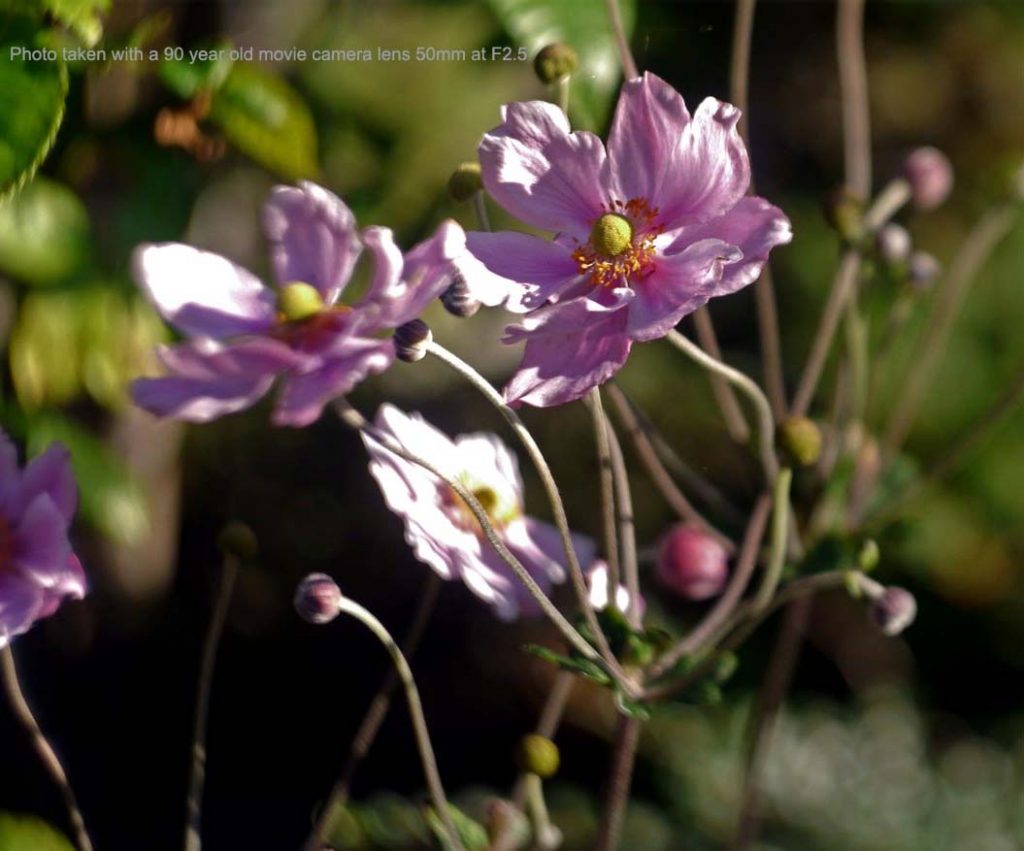 You can see why some vintage lenses are now sought after, for more subtle images on a modern camera.