Time to revive a forgotten Green Plan for Newcastle?

Newcastle City Centre has a shortage of trees that are needed to provide a much needed green lung.

Yet in the heart of the City there is a huge area of barren moorland that should be used to create an outstanding Park for recreation and wildlife. This was recognised back in the 1960‘s  as a necessary requirement for a modern City. So much so that the Council and Freeman agreed this development .
Today we need a greener City Centre to combat poor air quality in the City centre and this scheme must be revisited. 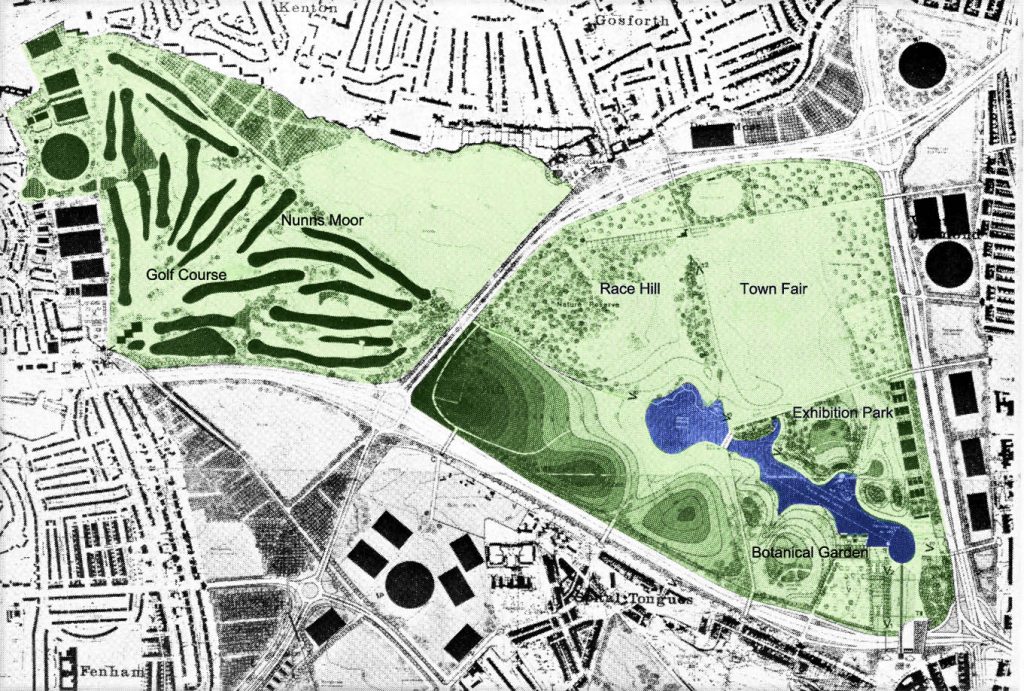 In 1965 the City Council and the Freemen of Newcastle agreed ambitious plans to develope the Town Moor as a Green recreational Park for the City Centre.

The following is from – A study in replanning Newcastle by Wilfred Burns 1967.

‘The outstanding feature of the City’s plan is the development of Town Moor. Newcastle has the unique asset of nearly a thousand acres of moorland that comes right to the edge of the City centre. The freehold of the land is owned by the Corporation, and the herbage rights are owned by the Freemen. In June, 1965, the Council and the Freemen of the City launched a landscape competition with a first prize of £2,000 for a scheme that  would develop the moor as a great regional park.’

The first was granted to Derek Lovejoy and Associates for a very fine interpretation of the brief, and the addition of other extremely good ideas. Now we also have, for example, a proposed lake of nearly half a mile in length with a rowing course of a quarter of a mile, children’s gardens, a toboggan run and a fine new entrance feature with a canal.

The scheme will make the historic Town Moor a great family recreational centre – perhaps a unique development in an urban area.’