Our latest exhibition is fun and unconventional, join us at Newcastle Arts Centre Gallery for ‘Jed Buttress: Boy Detective’.

Explore peculiar objects and interesting facts from aliens to vampires!

We invited Jed to tell us a bit more about himself, about his newest exhibition. Read on to find out more:

Hi Jed! Can you tell us about your sculpture work, what influences it?

Hey! How’s it going? Yeah. I’m trying a lot of things at the moment. Honestly, it depends on the venue (or who’s paying for it). I make a lot of kinetic sculptures, but it’s really hard. I’m not an engineer and I keep getting electrocuted.

I made a piece called Spechtzeug II, for the Cheeseburn Sculpture Gardens this year. Spechtzeug is German for ‘Woodpecker thing’, because honestly that’s how it turned out. Imagine a big spike being repeatedly thrust into a plant pot, whilst little seeds trickle down from the debris and gradually begin to germinate in the grass below. It was sat atop a big scaffold to stop anyone from being impaled, but a few kids apparently tried to climb it. People seem to engage with my work best when they’re rescuing their children from it.

Oh, and I was recently commissioned to make some sculptures for the LNER York Station First Class Lounge. That was really fun. They wanted a nordic helmet and sword made from sweets and chocolate, to celebrate York’s history of being dominated by Vikings, and in turn dominating the British confectionery industry. My studio is filled with chocolate swords and sweets made from resin. It’s a bit of a minefield. But the finished piece is on permanent display, so you can go and see it. It’s in the first class lounge though, so I’ll probably never see it again. 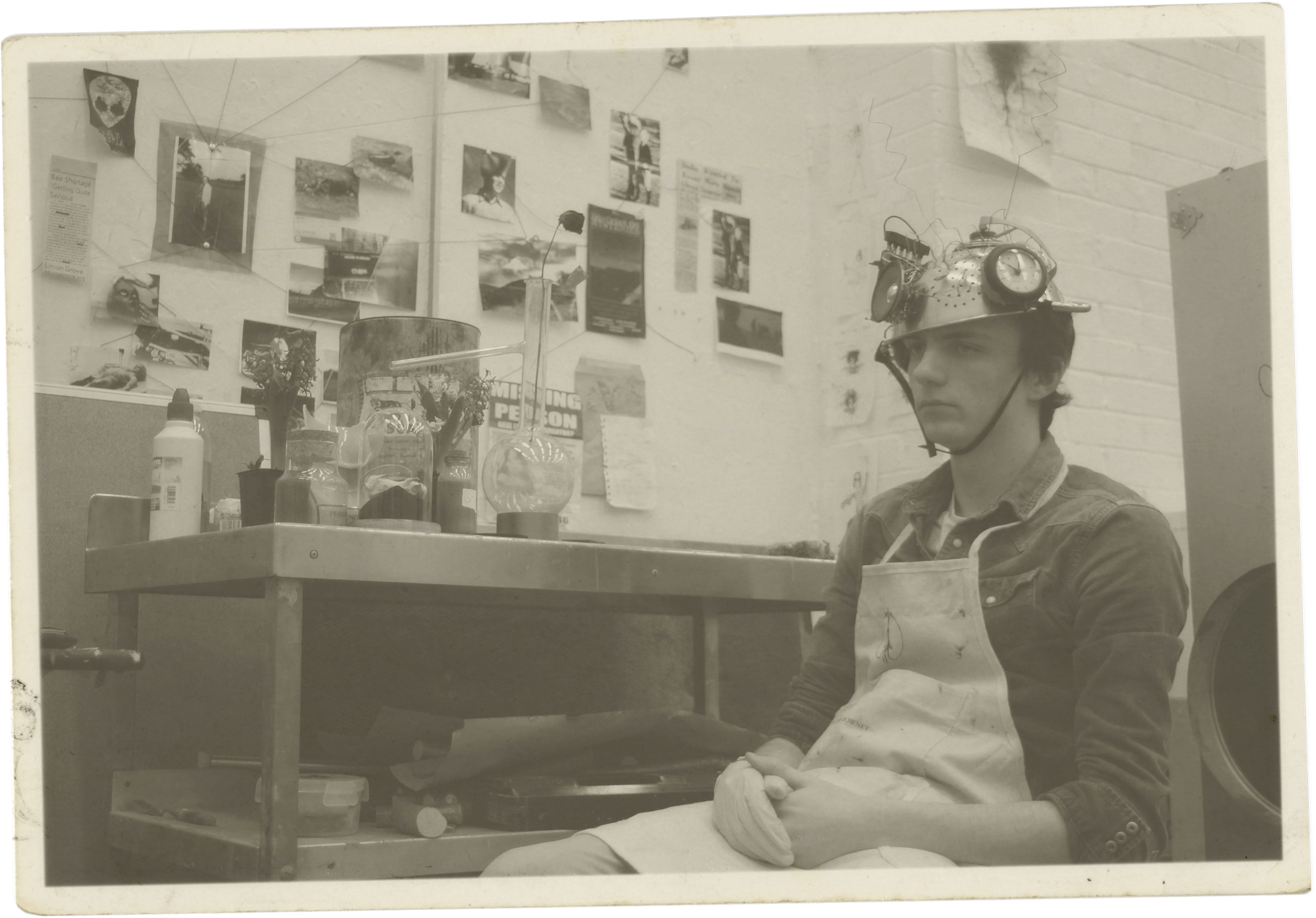 I noticed that alongside sculpting you are also a part time paranormal investigator. Can you tell us about that?

I can definitely try.

I’m from Carlisle. That part’s kinda important. Long story short, five years ago I set out to make a bunch of fake UFO photographs to see if I could make a fun project out of it. I never wanted to trick people, I just needed something to show for my university summer exhibition. Like anyone, I grew up thinking that the place I’m from is really boring, and I wanted to inject some intrigue into it. But in the process of trying to concoct a hoax, I accidentally kept on finding actual evidence for things. It started with a UFO photograph of my nana, and it’s spiralled from there.

Now there’s giant alien cats, faceless vampires, government conspiracies and a rockstar with a dog for a head. Oh, and there’s a pigeon poltergeist too. In Penrith.

So I spend my spare time looking for clues. I post a lot of them on my website, and on my instagram. The goal is to try and write a book about it all, but I’ve been saying that for years.

Could you tell us about the story of the Pesky Kids poster?

So, in the 1960’s there was undercover government programme based in the heart of Cumbria that was established for the sole purpose of sending children into space. To what end? We don’t know. The whole project was culled before it could make the news, and its various facilities were repurposed during the cold war for nuclear weapons testing.

You can look it up. The Spadeadam RAF base still exists. You can’t really visit and they’ve thrown me out twice now, but there’s some information online. I don’t think they ever succeeded in sending anyone into orbit, but they did print a lot of unpublished propaganda posters. The Pesky Kids print is one of many. 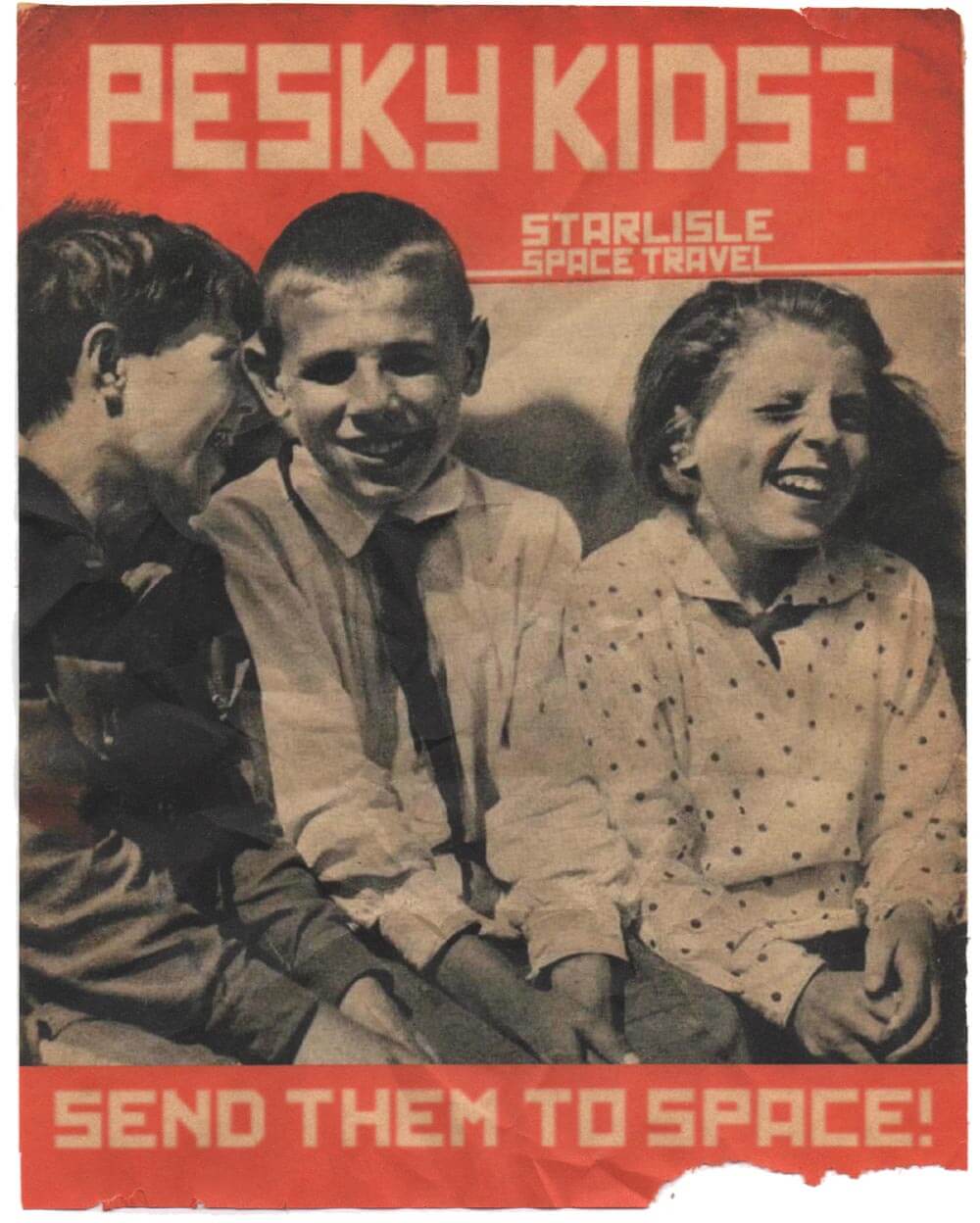 You also have a store, ashopthatsellsart.com . Can you tell us more about it?

Yeah! aShopThatSellsArt.com is an online art store based in Newcastle-upon-Tyne, selling paintings, prints, drawings, photography and sculpture from a variety of local and international emerging artists.

It’s been going almost two years now. Launching a business one month before a world-changing pandemic was a bit odd, but we managed. Now that the world is opening up again, we’ll be doing a lot of art fairs in and around Newcastle, so come and visit us when you can! We’ve all spent almost a year indoors, staring at the same four walls. You should buy some art for them.