Here are a dawn and dusk pictures produced with very different techniques used at the same location (click on picture to enlarge). 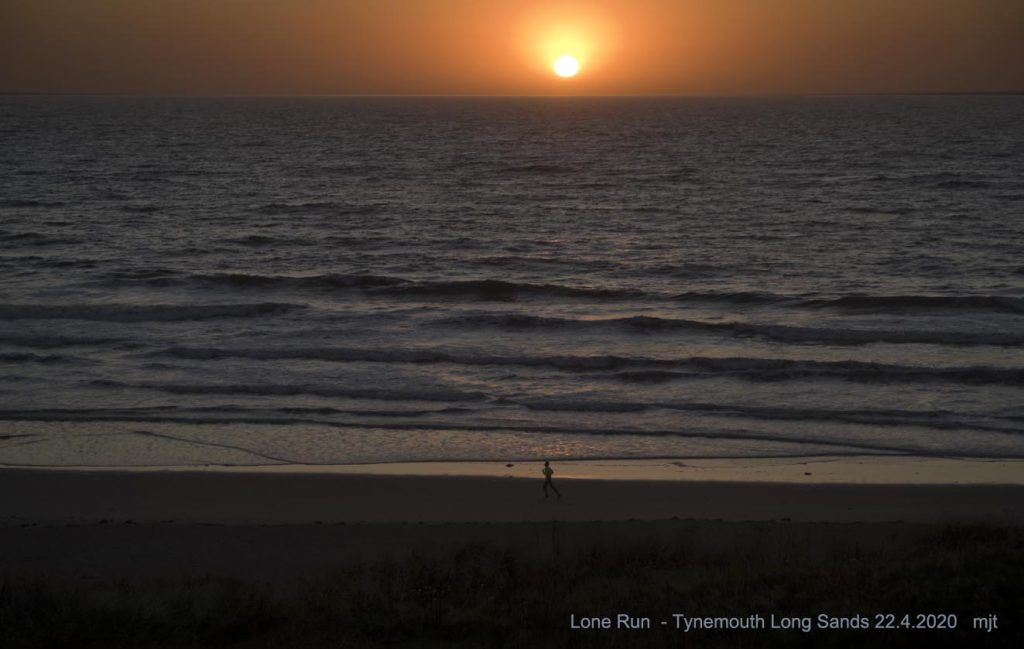 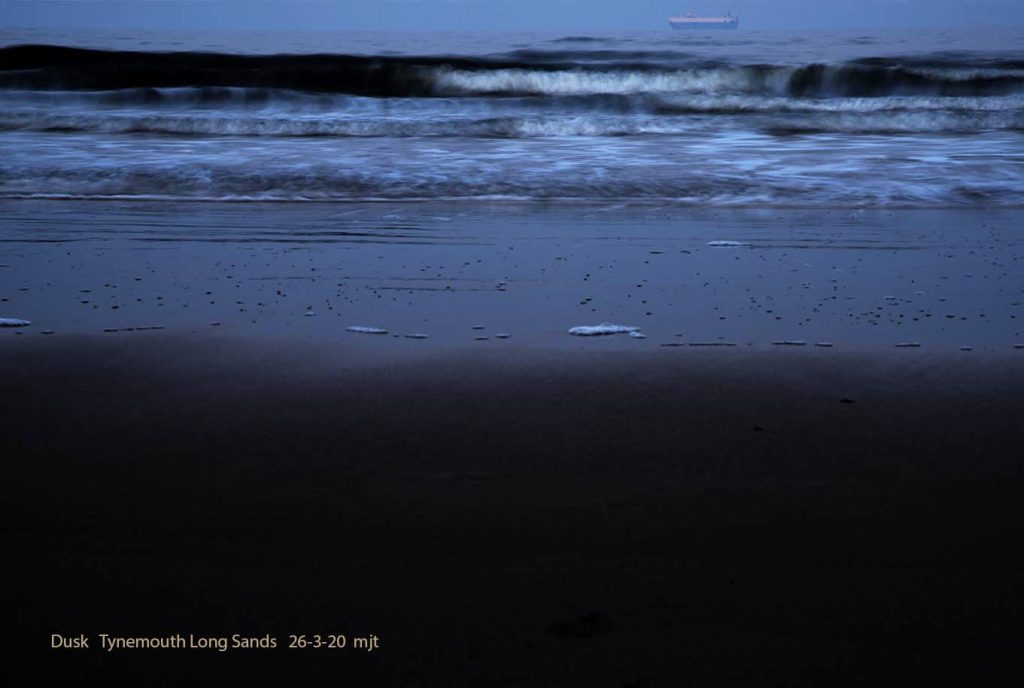 The dawn snap is a short exposure ( 1/250 of a second) to avoid the image of the sun being burnt out with the result that the action of the waves and the runner are frozen . The rest of the scene is ‘underexposed ‘ resulting in rich saturated colour.
Today we might think that there is nothing extraordinary about that but before the 1860’s capturing movement  was an act of magic.
The dusk picture had a deliberately long exposure on a tripod, ( .8 of a second ) not just because the light was weak but I wanted a blur of the waves to record a sense of time and movement so often lost with a snapshot. Again low light results in saturated colour with the benefit of soft tones.
Each picture shows the advantage of switching off ‘auto’ exposure and little experimentation. Try It!
Mike Tilley
in happy isolation
Tags: artart techniquesisolationnewcastlenewcastle arts centrephotography